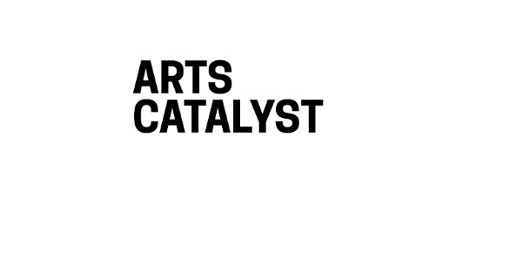 The Live Creature and Ethereal Things: Bringing Physics Into the Human Experience

I’m very much looking forward to catching up next week on the research being done by dear friends and colleagues Nahum and Nicola Triscott!

From the Arts Catalyst webpage “The Live Creature and Ethereal Things: Bringing Physics Into the Human Experience”:

“The Sun, the Moon, the Earth and its contents are material to form greater things, that is, ethereal things – greater things than the Creator himself has made” – John Keats, 1817

Many areas of contemporary science – including cosmology, particle physics and astrophysics – operate at scales and levels of complexity that lie beyond the imaginative and cognitive grasp of most people. Historically, Western culture measured space and time through the body, but over the centuries science and technology have pursued knowledge beyond the edges of bodily perception, from the macro extremes of the multiverse to the micro-scale of the sub-atomic world. If so much knowledge comes through scientific instruments and mathematics, how can we humans – biological sensing beings that the philosopher John Dewey refers to as the “live creature” – make sense of it within our own experience?

When Dewey wrote Art as Experience (1934), he was attempting to shift the understanding of what is important and characteristic about art from its physical manifestations in the “object” to the process in its entirety, a process whose fundamental element is no longer the material “work of art” but rather the development of an “experience”, an experience being something that personally affects your life. In this discussion event, a panel of artists and physicists will apply a similar shift in perspective to understanding physics as a practical, experienced reality, rather than an abstract set of facts or concepts.

Astrophysics and particle physics probe the limits of the known, the limits of language and concept, and present a kind of abstraction or transcendence that can free us from commonsensical thinking. Yet they are undertaken by human beings in real world laboratories and observatories. Artists can reveal and explore phenomena, ideas and histories of discovery outside everyday human experience, making us able to sense and experience them or in some way grasp their significance, as well as providing insight into the physical and material spaces of science and the human beings whose work is to study the fundamental science of the universe.

This panel discussion forms part of a research project initiated by artist and academic Fiona Crisp with Arts Catalyst. Crisp’s Leverhulme-funded research project employs non-documentary photography and film to bring science back within our world as experience by using still and moving imagery to place us in a bodily relation to the physical spaces and laboratories where fundamental science is performed.

I hope to be able to attend this online half-day forum on the morning of 14 October 2021. The Westminster Business Forum always puts...
Read more

Thoughts on the Moon with Dr Stuart (November 2020) LSE Thinks

Quick responses with yours truly: "Are we going back to the Moon?" and "Water on the Moon!" I recorded these two short videos for LSE Thinks. From the...
Read more