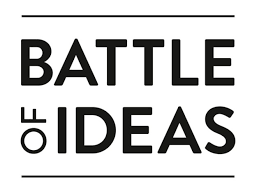 I’m looking forward to doing the Battle of Ideas  at the Barbican, London 28 & 29 October 2017 again this year!

I’m so grateful that Zulfikar Abbany (Senior Science Editor, Deutsche Welle) brought together our panel on “The Final Frontier: Who Owns Space?”

Space has fired human imagination for centuries. Philosophers and astronomers – from the ancients like Ptolemy through to early natural scientists like Copernicus and, a little later, Descartes and Newton – searched the skies for answers to life on Earth. Theirs was a quest for humanity.

But our exploration of space only really took off 60 years ago when the Soviet Union launched Sputnik 1 on 4 October 1957. The mission sparked a space race between the Americans and the Soviets. By 1961, US President John F Kennedy had decided America had to land a man on the moon. It led to the Apollo missions, achieving Kennedy’s goal in July 1969. It was a competitive time, when innovations in science and technology translated into power.

A lot has happened since then – no more so than in the past few years. Space is still about humanity, science and power. But above all, now it’s about money. We’re in a new space race, where those driving the action are not nations, but a global industry worth billions. Whether it’s Earth observation or plain surveillance, building off-planet colonies like a Moon Village, asteroid mining or tourism for the super-rich, space is ‘open for business’.

Should we worry about the private sector running away with space? Or could it be the best thing to happen to post-Brexit Britain? The UK wants a 10 per cent share of the global space market by 2030, and with the Spaceflight Bill, which sets out how the government plans to regulate launch-to-orbit and sub-orbital spaceflight activities, and plans to build commercial spaceports, it might just do it.

The problem is there’s no space law to keep commercial interests in line. The Outer Space Treaty is as old as the Apollo missions – and it still guides most space activity. It was written during the Cold War to ensure peaceful, non-commercial space exploration, and forbids anyone claiming sovereignty. But its authors did not foresee today’s rapid commercialisation of space.

So, for example, what would happen if a company built hotels on Mars – could they claim ownership of the land? Where would that leave the rest of us – homeless on the one planet that could help our species survive if something goes wrong here on Earth? Should space be viewed like ‘common land’, or would that hold back investment in exploration and colonisation? Are the rich undermining the idea of space exploration for the good of all humanity?