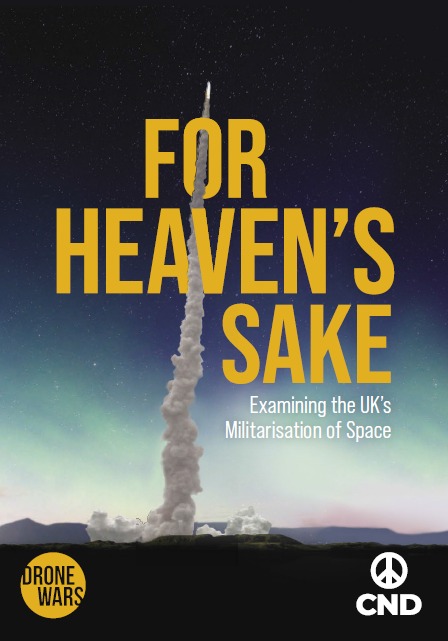 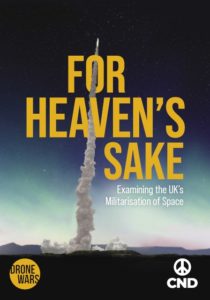 I’m looking forward to being part of this panel next week on Tuesday the 23rd from 7-8pm GMT, hosted by the Campaign for Nuclear Disarmament and Drone Wars.

Registration is free through eventbrite

Join this CND and Drone Wars UK and CND webinar, which will examine the UK’s militarisation of space, how we got here, and how the peace movement should respond.

Although the UK’s space programme began in 1952, until recently it has had very limited impact. However, as the commercial space sector has expanded and the cost of launches has decreased, the UK government is now treating space as an area of serious interest. Over the past two years we have seen the setting up of UK Space Command, the publication of a Defence Space Strategy outlining how the MoD will “protect the UK’s national interests in space” and the announcement of a portfolio of programmes for developing space assets and infrastructure. Over the summer of 2022, the UK MoD plans its first UK space launch from the UK.

With guest speakers Dr Jill Stuart, academic at the London School of Economics and Political Science and expert in the politics, ethics and law of outer space exploration and exploitation; Dave Webb, member of the Drone Wars Steering Committee and co-author of the new report ‘Heavens Above: Examining the UK’s Militarisation of Space; and Bruce Gagnon, founder and Coordinator of the Global Network Against Weapons & Nuclear Power in Space. Chaired by Kate Hudson, CND General Secretary.

I'm looking forward to speaking next week at this event with The London Chamber of Commerce and Industry (LCCI) and Project for the Study...
Read more

Many thanks to journalist Tamlin Magee for including my interview in this article. It's a great read, bringing together several different elements of this...
Read more

I look forward to speaking at this conference on Saturday 12 November 2022 at Birkbeck (University of London). The topic is "Future War: The...
Read more

I was asked by a media agency to comment on the Wales Space Policy (the published article is behind a paywall but you can...
Read more