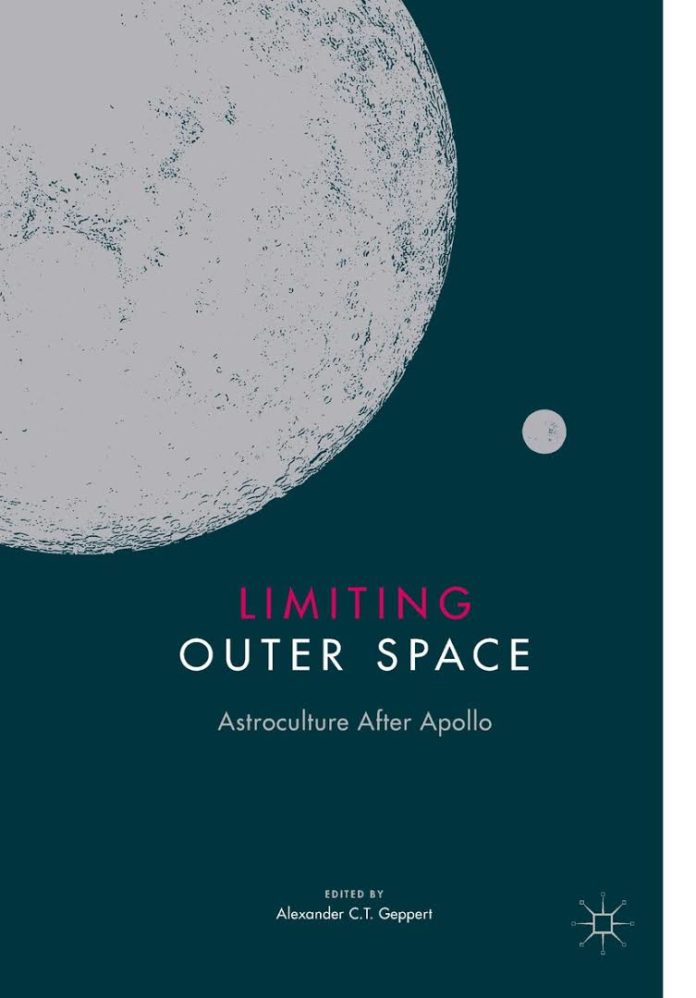 There’s a great line up of authors in this new book, from NASA’s Roger Launius to the Science Museum’s Doug Millard:

From the Palgrave Macmillan webpage on the text:

“Limiting Outer Space propels the historicization of outer space by focusing on the Post-Apollo period. After the moon landings, disillusionment set in. Outer space, no longer considered the inevitable destination of human expansion, lost much of its popular appeal, cultural significance and political urgency. With the rapid waning of the worldwide Apollo frenzy, the optimism of the Space Age gave way to an era of space fatigue and planetized limits. Bringing together the history of European astroculture and American-Soviet spaceflight with scholarship on the 1970s, this cutting-edge volume examines the reconfiguration of space imaginaries from a multiplicity of disciplinary perspectives. Rather than invoking oft-repeated narratives of Cold War rivalry and an escalating Space Race, Limiting Outer Space breaks new ground by exploring a hitherto underrated and understudied decade, the Post-Apollo period.”

Book “Ad Astra: An Illustrated Guide to Leaving the Planet” by Dallas Campbell