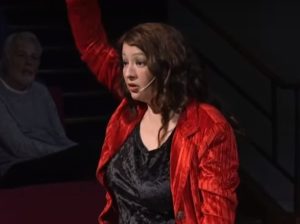 Dr Stuart regularly gives lectures around the world: for both specialist and also laymen audiences, ticketed and also public appearances. She is also available to chair panels and debates. Please contact her for speaking requests and concerning her public appearance rates.

Ditchley conference “Space: the new space race and its intersection with power, the rules based order and the economy”
28-29 January 2021

Symposium at the Henie Onstad Art Center/ University of Oslo, Norway “Space Colonization in the Anthropocene”
3 May 2019

Book chapter about Dr Stuart in We Can’t Stop Thinking About the Future by Aleksandra Mir, published by MIT Press.
September 2017

Anita Sengupta was chaired by Dr Stuart in the Royal Institute Faraday Theatre for her lecture on “Mars exploration: Curiosity and beyond”
16 June 2016

Battle of Ideas London Barbican Panel “To boldly go: What is the point of space exploration?”
19 October 2014

I'm looking forward to speaking next week at this event with The London Chamber of Commerce and Industry (LCCI) and Project for the Study...
Read more

Many thanks to journalist Tamlin Magee for including my interview in this article. It's a great read, bringing together several different elements of this...
Read more

I look forward to speaking at this conference on Saturday 12 November 2022 at Birkbeck (University of London). The topic is "Future War: The...
Read more

I was asked by a media agency to comment on the Wales Space Policy (the published article is behind a paywall but you can...
Read more