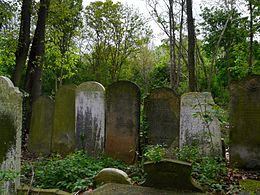 I’m looking forward to speaking at this event, with a theme this year of “Public / Private”. I’ll be on a panel discussing access and ownership of space.

The programme which covers Saturday and Sunday is incredibly diverse, taking in films, walks, food, music, and much more.

It will also be my first time speaking in a cemetery (Tower Hamlets Cemetery, also London’s most urban woodland). Excellent.

The blurb on my particular session:

WHO OWNS OUTER-SPACE?
WITH DR. JILL STUART, CATH LE COUTEUR & NICK RYAN
WHO OWNS OUTER-SPACE? THE AMERICANS? THE RUSSIANS? THE CHINESE? SHOULD THE RULES OF EARTH EXTEND BEYOND OUR PLANET? SHORT DOCUMENTARY ‘ADRIFT’ EXPLORES THE TROUBLING, BEAUTIFUL, DANGEROUS AND FASCINATING WORLD OF SPACE JUNK, FOLLOWED BY A TALK ABOUT WHAT LIES ABOVE US WITH DR. JILL STUART – EXPERT IN THE POLITICS, ETHICS AND LAW OF OUTER SPACE EXPLORATION AND EXPLOITATION AT LONDON SCHOOL OF ECONOMICS, CATH LE COUTEUR AND NICK RYAN, CO-CREATORS OF ‘PROJECT ADRIFT’, A THREE-PART ART EXPERIENCE EXPLORING THE HIDDEN WORLD OF SPACE JUNK.
3.30PM | THE OCTAGONAL CHAPEL”

Shuffle are a grass-roots not for profit organisation.

Tickets range from £14.oo-£37.00 depending on your circumstances: full details and buy tickets here.

“SHUFFLE FESTIVAL is an annual event in Mile End. The festival exhibits creativity through film, science, performance, architectural installations, walks, food, and music. We run on a small budget and use local talent and attract a majority local audience (over 70% with an E3 postcode). We have done this now for four years in the area, initially at the former workhouse and psychiatric hospital, St Clement’s, owned by the GLA, and at London’s most urban woodland, Tower Hamlets Cemetery Park (THCP) for the last three years. The park is managed by The Friends of Tower Hamlets Cemetery Park (www.fothcp.org) on behalf of the Landlord the London Borough of Tower Hamlets.”