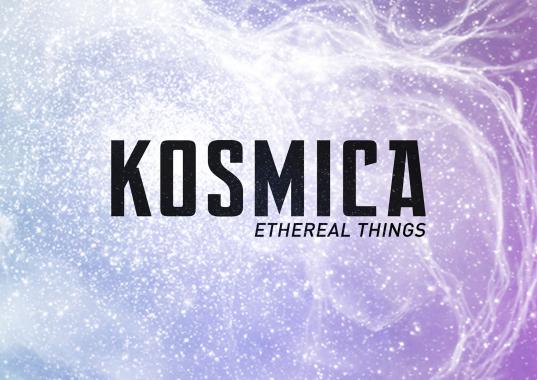 Very much looking forward to going to this event tomorrow night… I believe there are still tickets av available!

“Arts Catalyst and KOSMICA Institute present KOSMICA: Ethereal Things, a cosmic evening of performance, films, talks and music exploring art and the science of the universe at IKLECTIK London.

Join us for a special evening of performance, film, talks and music that aims to make the physics of the universe intimate and inspiring. With artist Annie Carpenter, artist and filmmaker Emilija Škarnulytė, film-makers Semiconductor, dark matter physicist Chamkaur Ghag, and hip-hop artist Consensus. Spectacular cosmological visuals provided by the Institute for Computational Cosmology, Durham University.

Semiconductor is UK artist duo Ruth Jarman and Joe Gerhardt. In their short film Do You Think Science …, made at the Berkeley Space Sciences Lab in California, the artists ask a group of physicists the unanswerable question, thereby revealing hidden motivations driving scientists to the outer limits of human knowledge. In an attempt to find meaning within the question, the scientists open a Pandora’s Box of limitations within science itself.

Annie Carpenter is an artist and lecturer from Manchester. Her art practice draws on amateur science experiments, hobbyist engineering projects, and futile human endeavour. She recently completed a BSc (Hons) Natural Sciences with the Open University, specialising in astronomy and planetary science. In her demonstration, Annie will attempt to model the physics of black holes using household objects and dry ice.

Chamkaur Ghag is a Dark Matter researcher and astroparticle physicist. In his talk, Cham will address the tricky issue that, after a thousand years of looking at the sky and building vast telescopes and space probes, scientists understand only about 3% of what is in the universe. The rest seems to be made of a mysterious substance that scientists call “dark matter”. He discusses this astounding discovery and what “not knowing” means for science and for human beings, since we don’t know how life originated, where consciousness comes from, or what 97% of the universe is made of.

Emilija Škarnulytė (b. Vilnius, 1987) is a visual artist and filmmaker based in Tromsø and Berlin. Her work consists of a series of politically active visions, in which she investigates reality with a political and poetic approach. She explores questions of the beginning of the universe in relation to the geological ungrounding processes, invisible structures, geo-traumas and deep time. Her films investigate the relationship between art and science and the cross sections of non-human scale systems and desire.

Antoine Gittens-Jackson, known as Consensus, is a South London-based hip-hop artist who aims to communicate the world of particle physics research creatively through grime and rap. As part of CERN’s Art@CMS programme initiated in 2012, Consensus has visited CERN as a guest lecturer and has performed, recorded a music video and taught CERN scientists how to rap. ConCERNed is a 9 track contemporary rap album that dissects the particle physics research at CERN and tries to match the content to relatable stories and themes from everyday life.

The evening is compered by Nahum, artist, musician, and founder of the KOSMICA Institute.

For this project we gratefully acknowledge the funding support of the UK’s Science and Technology Facilities Council and the Lithuanian Culture Institute.”